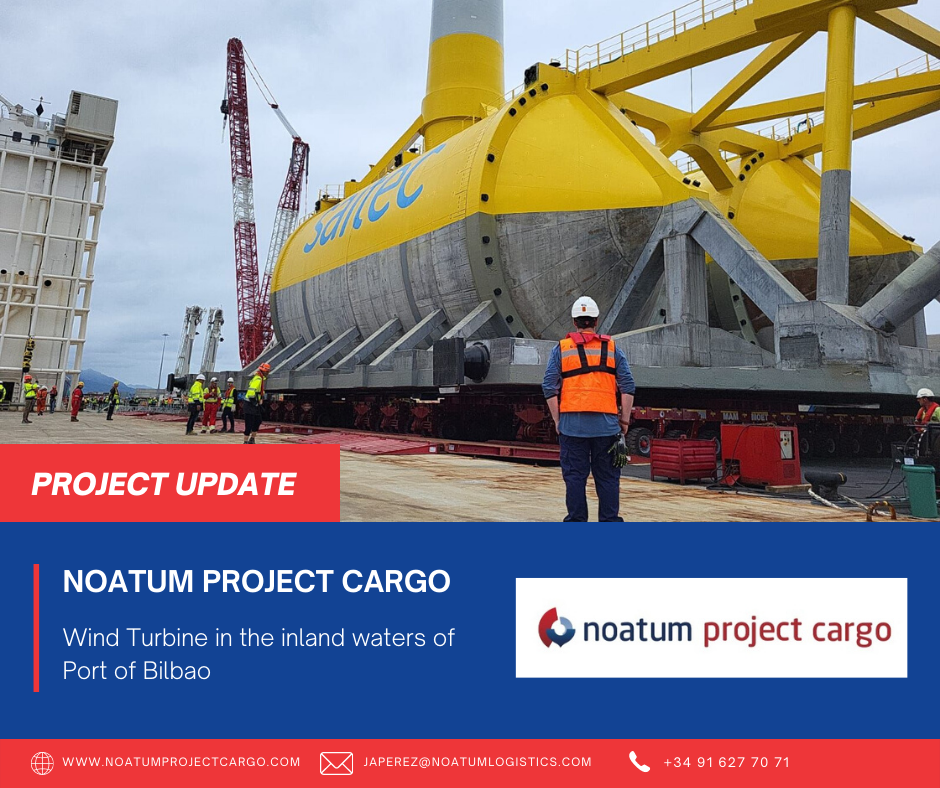 The prototype is bound to the BIMEP test area site, this time on a real scale.

The operation consisted of an SPMT Roll-on and load-out operation from the quay to a semi-submersible barge. After resting over stools the barge was moved to the Float on an operation where the 2 MW offshore wind floater prototype underwent a floating process. Finally the same was towed to the resting berth where it will await the final towage to the site.

The launching operation of the prototype was possible due to close cooperation between all the parts and the support of the Port of Bilbao.